First of all, let me say I had been looking forward to this event for some time. 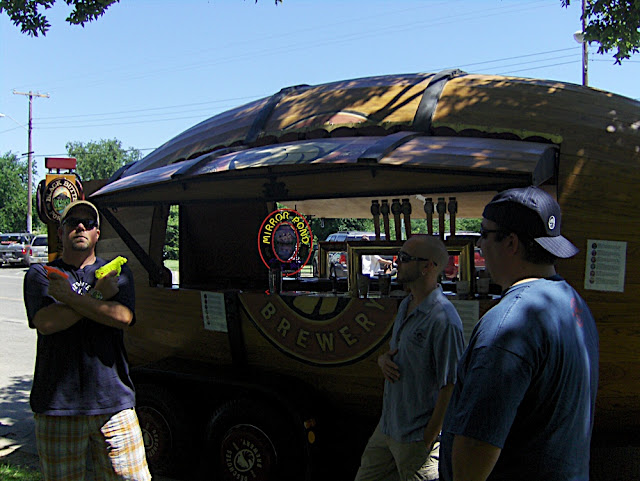 Unlimited tasting in a beautiful setting by the river-it doesn’t get much better than that. After judging the event two weeks earlier, we knew there were some new breweries and some great returning ones that were making some excellent beers.

Unfortunately, the weather gods decided to make it 100-plus degrees that day. Added to this was an unprecedented turnout - 3,000 beer-starved fans braved the heat to seek liquid refreshment at this year's event. We arrived at about 12:40 for the 1:00 start and were faced with a huge line to get in even though we had tickets already. However, thanks to the Beer Geek’s connections, we were able to bypass most of the line and get in right away. 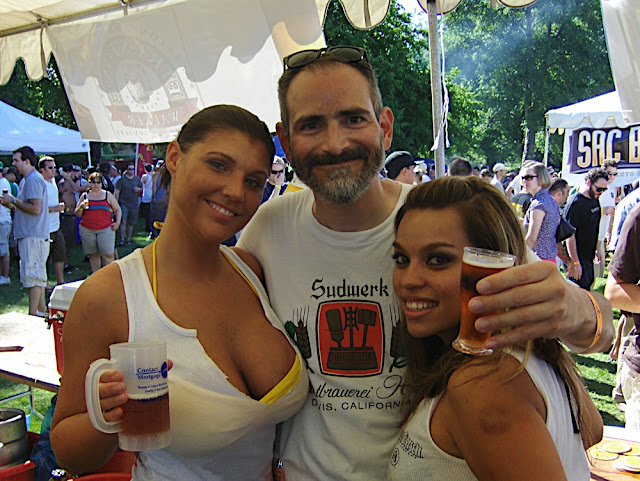 Once in, the tasting began. Due to the heat, we decided to start with lighter beers and save the IPAs, etc. for later. So why not start with one of our favorites? We went directly to the Blue Frog tent to get some of their outstanding Hefeweizen. A true German Hefe with definite spicy and banana notes. Very refreshing. Always a favorite of the Pacific Brew News team, this beer came in 2nd place after winning last year.

Next was the Sacramento Brewing Hefe which actually beat out the Blue Frog for gold this year. Clearly this is another example of how Peter Hoey has improved the beers at Sac Brewing since arriving there last year. This was more citrusy than the Blue Frog with some banana/clove in the aftertaste. Another excellent Hefe and deserving of the being right up there with the Blue Frog.

The next beer was the Radeberger Pils. Normally available in bottles, the opportunity 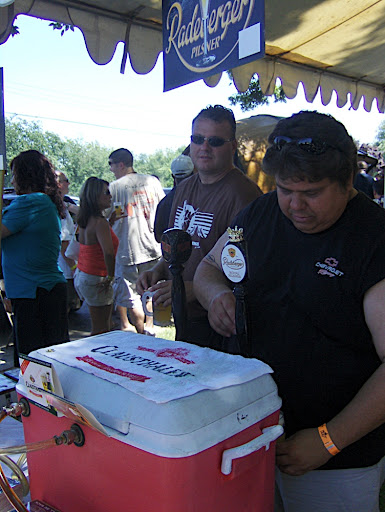 to try it on draft was too good to pass up. It was very smooth with a noticeable spicy hop finish. Another very good beer.

Next up was the Placerville Brewing Wheat & Rye. I remember other unique beers from Placerville at past brewfests (whiskey barrel aged pale ale) and this was another great example. This was very drinkable with a clean finish and some noticeable spice from the rye. A great summer beer.

After Placerville came the Sequoia Brewing's Half Dome. This is combination of hefe and a pale ale resulting in an unfiltered slightly hoppy ale. This was probably more pale ale than hefe but it was good, refreshing, and the 2nd favorite of my son in law, Ray. Sequioa took the most medals at this year’s brewfest for good reason. Historically, the PBN team always enjoys their beers - this year was no different. 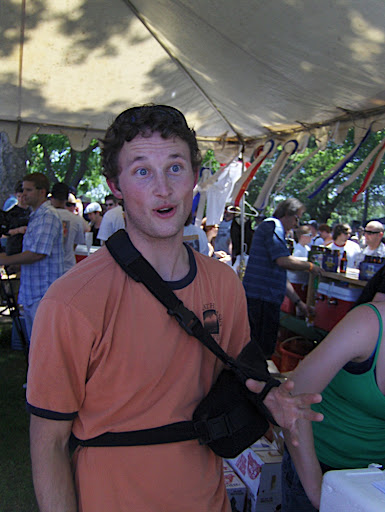 Next up was our visit to a new brewery, Klamath Basin Brewing. We started with their bock (a traditional bock) which was excellent and won 2nd place in the dark lager category. We also enjoyed their Cabin Fever Stout, a gold medal winner, which was brewed as foreign extra stout. Chocolate up front and not over the top with the coffee or roastiness. Very drinkable although probably even better when it wasn’t 100 degrees out. We also very much enjoyed talking with Justin, their brewer, who although he looks like he is about 18 obviously knows his beer. If you’re ever on your way through south-eastern Oregon, a stop at Justin's brewery would be well worth your time.

From Klamath Basin, we moved to River City and tried their Maibock. This was ok with some caramel malt in the aftertaste but overall was a little weak in the taste department. Finally, we made through the crowd to see our friends at Beermann’s. With five medals this year, they showed they can still compete with the others - and I will say had one of the more unique beers at the fest, with their Ginger Wheat beer. This beer had a definite aroma of ginger and the noticeable ginger in the taste. In the heat, this beer went down very well and I actually got seconds on this one.

After wolfing down a pulled pork sandwich and some chips and trying to spend some time in the shade, we decided to move on to Lost Coast Brewing’s Saison. This was very good example of the style with the required tartness/sourness and the esthers coming from higher fermentation temps. Another excellent hot weather beer.

We then had the Sudwerks Maibock, which is known to our German friends as a very traditional maibock. It was quite good, a little on the light side, but well balanced between the sweet malt and the hops.

At this point, the heat and the crowd just started to become unbearable. There clearly 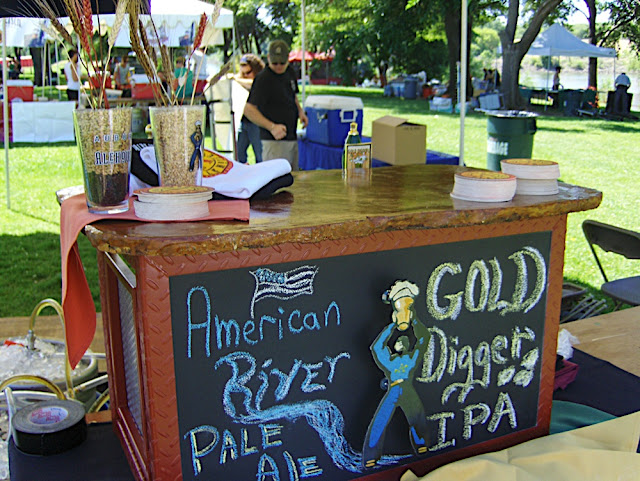 were a lot of good beers left to try but I had lost my interest-not even making it to the Auburn Alehouse tent to have my favorite IPA. I had a Blue Frog Maibock on the way out which was very good and a little sweeter than the Sudwerks version but still well balanced.

My top 3 beers this time (in no particular order) were the Blue Frog Hefeweizen, Beermann’s Ginger Wheat, and the Placerville Wheat & Rye.

Obviously the organizers cannot control the heat, but clearly there is more space at the park that they could consider spreading into. This would alleviate some of the crowd as well as offer more opportunities for shade. They also could then have more entry lanes into the fest, shortening the lines. All in all, this is a great event, not as much fun as in the past because of the heat (how the hell our friend the HopHunter did a 60 mile bike ride right before coming to the fest is beyond me) but still a great place to try some really excellent beers.