Last night Tracy and took a break from the norm to help Scott Cramlet, head brewer at Rubicon Brewing for the last 19 years, remove stems from cherries. The fruits came from a farm in the Sierra Nevada foothills and are of the Montmorency variety, the tart cherries. These are for Scott's High Mountain Cherry ale, the brew that brought home a gold medal at last year's GABF for the sour ale category. The labors Scott is taking now will take a few years to mature into the beautiful beer that won last year, but he's been around long enough to appreciate that. 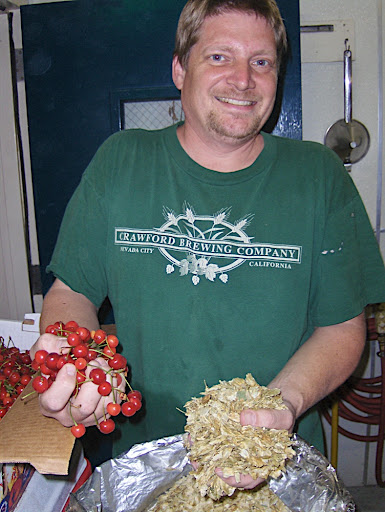 Scott holds the tart cherries in one hand and old, dried hop flowers in the other. These hops contribute very little flavor and aroma (none, really) and are only used as a preservative. The hops are from the 2000 harvest - when they were cheap. 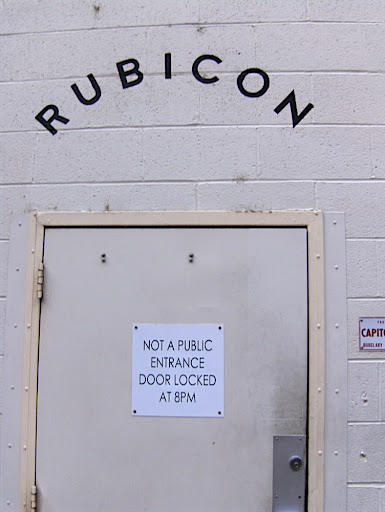 The back door at the Rubicon. 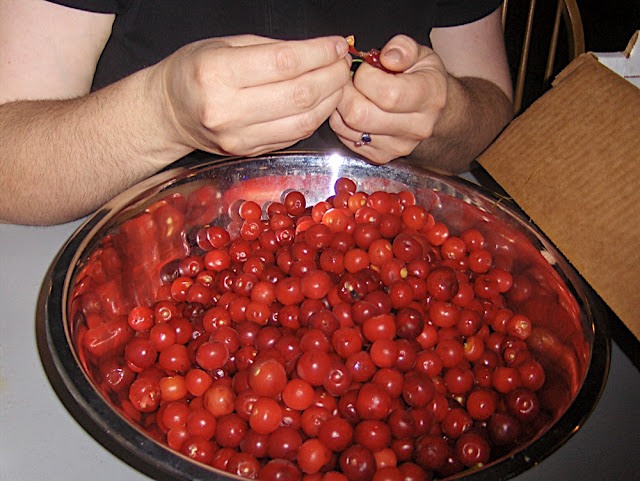 Tracy removes stems from the fruit. 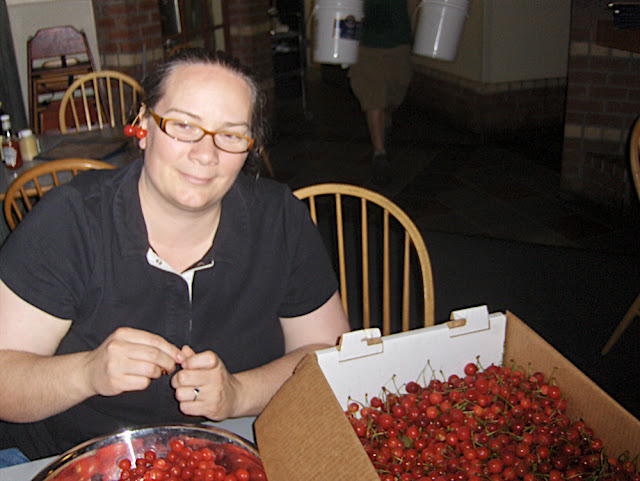 We stemmed four boxes that night, leaving the rest for Scott and his crew. In all there were more than 500 pounds of cherries processed. 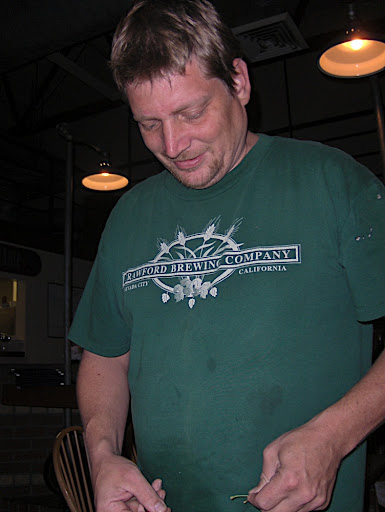 Scott has been doing this for several days. 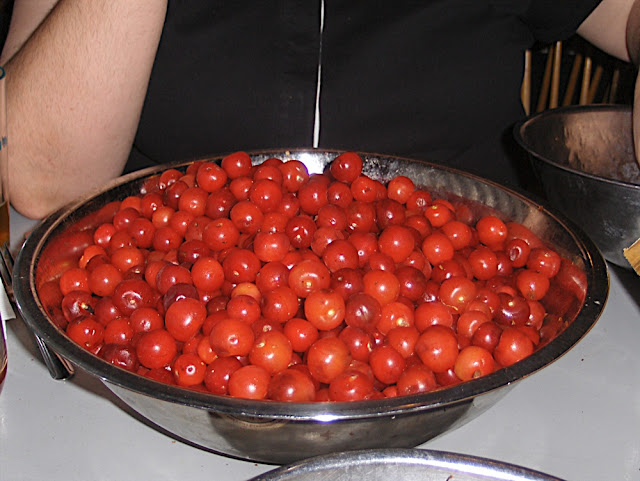 They are a pretty fruit, but not a cherry you want to eat on its own - very dry and tart. 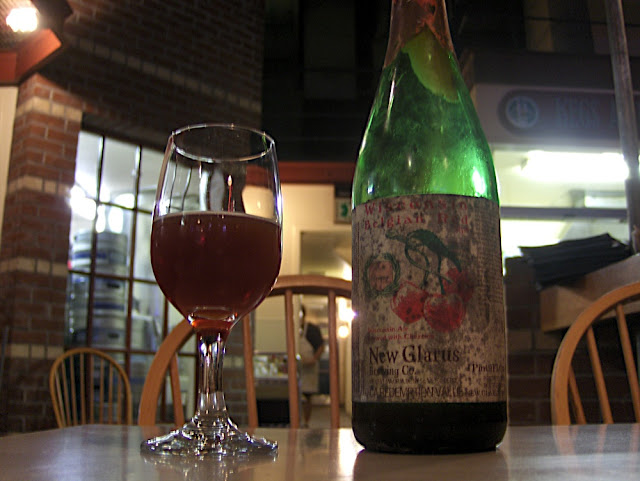 Is there a better way to celebrate such an event than an old bottle of New Glarus' Belgian Red? Check out that bottle, it's been around for a long time in Scott's cellar. It was exceptional. 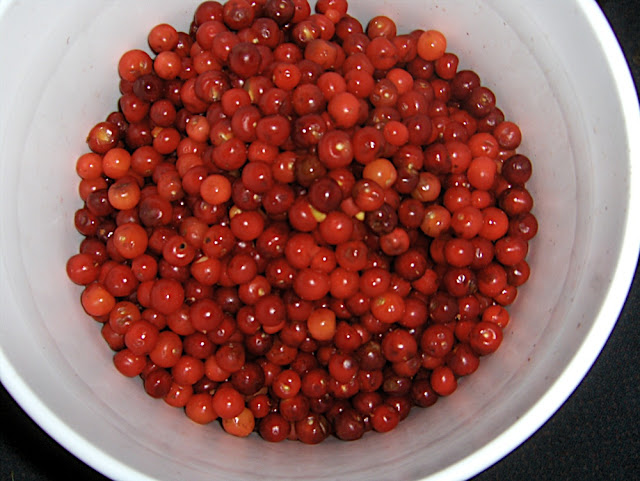 Cherries in the five-gallon bucket. 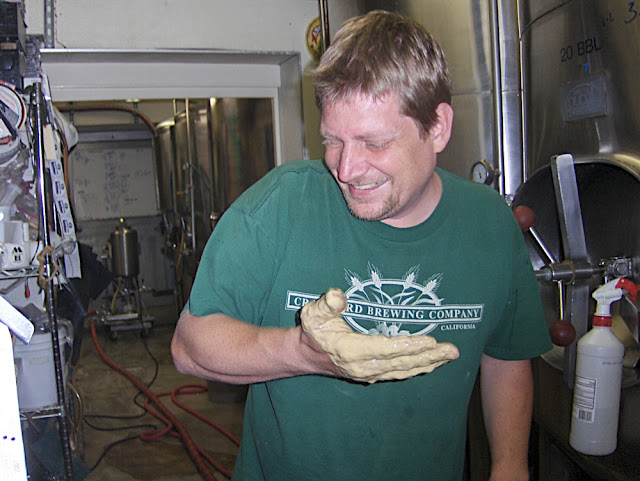 It wasn't all work. Scott was showing us how much air was in the yeast from a beer he was filtering. If you don't think it's funny, I suppose you had to be there. 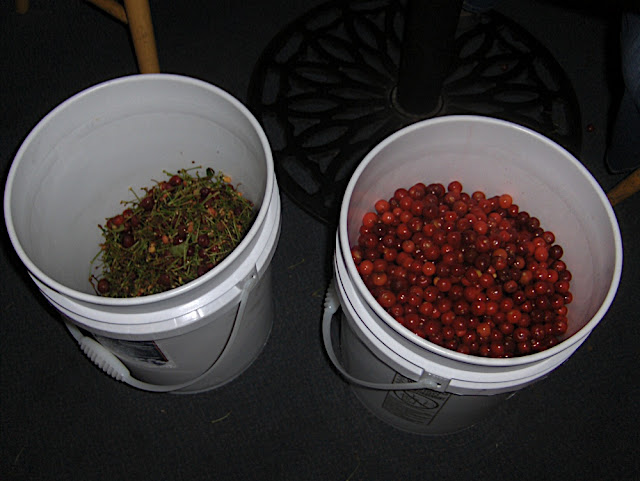 Stems on the left, cherries on the right. I'm sure you knew. 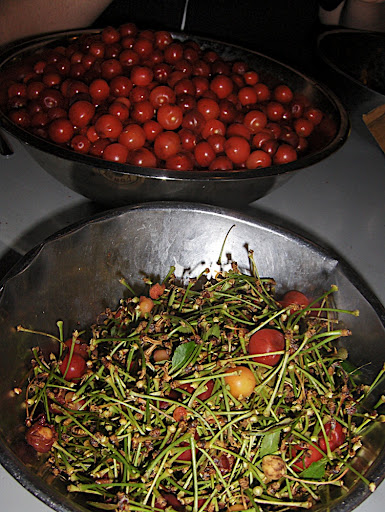 Again, this was actually a pretty good time. Scott was also generous enough to provide us his freshest IPA available, straight from the fermenter. I don't understand why the general public is afraid of hazy beer, the flavors in the unfiltered version were amazing.
Posted by Rick Sellers at 8:44 AM